John Boxall and Igor Faletski of Handi Mobility (a local British Columbia company) are about to release Live Vote – a free SMS voting system similar to the one used in “American Idol”.

Live Vote was recently demonstrated at DemoCampVancouver, and was well received. I requested a beta invite a couple of days ago and have been playing with the service ever since. 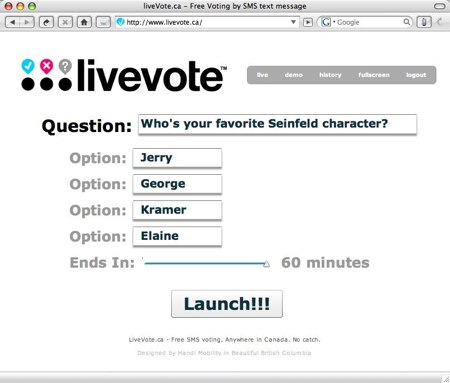 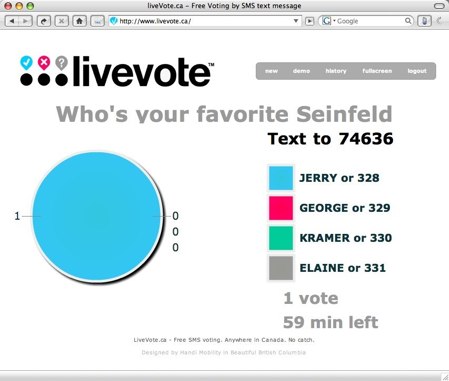 Off the top of my head, I can think of a number of cool ways to use Live Vote. Letting the crowd decide the winner for karaoke contests, engaging your audience during presentations (just ask them to put the cells away after they text their answer), even getting the group to decide where to go for dinner. Canada may not have MP3 downloads from Amazon (or iTunes), the ability to use Pandora or watch episodes of Lost from the ABC website, but at least we have Live Vote.