The era of the dominant windows XP OS is coming to a slow but grinding halt as Windows Vista and 7 are taking the lead. But, there are those who still prefer Windows XP Home and Office Editions, and for their sake I have created this article on its very useful and lifesaving features.

PCs over time tend to find the “need” to start exhibiting problems, whether it be minor or not. The operating system could simply have booting issues, programs not feeling up to their “usual” tasks, and/or the random error messages along with the occasional crash here and there. To try and help lessen these issues Windows XP comes with 7 different PC-life saving methods that enable us to recover from these situations that sometimes barricade us from the outside world.

The following methods do not always work, but there will be times that a lot of headaches can be avoided by learning how these methods work. In this tutorial/article I will give you a wide-ranging indication of each of these methods so that you can govern your computer a bit more efficiently.

Automated System Recovery (ASR) is an highly developed feature incorporated into the Microsoft Backup utility that will allow you to properly recover the Windows XP operating state in case of a disastrous system failure. By putting this feature to use you can effectively restore windows to a previous state from when you ran the ASR backup routine. This type of backup will first save your system settings on a floppy disk or a Compact Disc (CD) and then make a simple backup of the files you’ve specified on your PC. You can then use this ASR disk/CD to fully restore your systems settings when you choose to reinstall Windows XP.

2) Track Back With a Driver Rollback

Driver rollback is a neat feature that allows you to “rollback” a driver to its formerly installed version. This is exceptionally useful when you’ve installed a new driver for a piece of hardware install on your PC and you start having issues either with that specific piece of hardware or other devices/applications on your machine. If such a situation occurs you can remember to use Driver Rollback to rollback to the preceding driver that was installed before you upgraded it.

To attain access to the Driver Rollback feature you’ll have to double click on the System icon located in your Control Panel. Then click on the Hardware tab and then click on the Device Manager button. This will pull up the Device Manager window where you can double-click on the piece of hardware that you had already installed and updated to enter it’s properties. As soon as you’re in the particular device’s properties section, you should click on the Driver tab. Within this tab you will see a button labeled Driver Rollback. Once you click on this button, it will ask for verification that you want to rollback the driver. Agree to this and follow the rest of the default instructions.

If you try to rollback a device whose drivers have never been updated, Windows will tell you so. 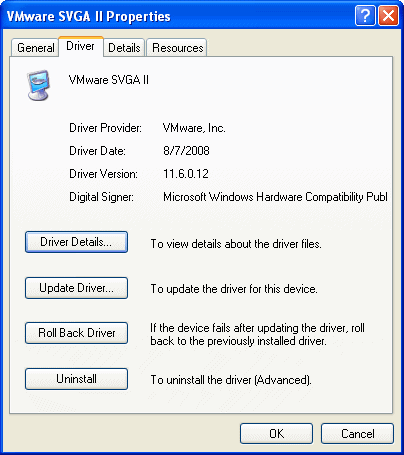 3) Last of the Known Good Configuration

Every single time you manage to load Windows XP successfully, Windows saves certain registry keys and applications settings on your PC. This way if you ever boot your computer and for some reason Windows fails to properly load, you can use the Last Known Good Configuration to boot Windows to the last known good settings

To put this configuration to use as your booting Windows, press the F8 key as Windows starts, and then select the Last Known Good configuration option. Your PC will then take the action of loading Windows using these previously saved settings.

4) Remember to Use the System File Checker

Every successful and proper version of Windows XP comes with a utility that will scan Windows system files on your PC and replace them if they seem to have been modified or mistakenly deleted. This is a very important tool as there are many viruses and malware that exist which will deliberately delete certain Windows system files.

The System File Checker uses different arguments to change its behavior as described below:

/SCANNOW – You would use this argument to make the SFC tool instantaneously check your computer for missing or distorted system files.

/SCANONCE – You would use this argument to make the SFC tool check your computer for missing or changed system files on the next reboot.

/SCANBOOT – You would use this argument to make the SFC tool check your computer for missing or imprecise system files every single ample times it boots up.

To launch SFC, click Start -> Run and enter: sfc /scannow to immediately have it run and check for the altered/deleted files. 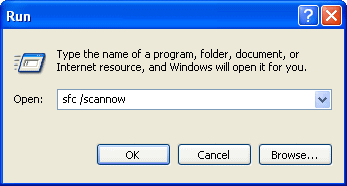 Windows XP includes a backup utility that allows you to backup and restore data on your hard drives. Using this utility you can backup and restore personal data that you specify when you create the backup. Regular backups of your data is suggested to avoid losing that data in the case of a failure. The Microsoft Backup utility can be found in System Tools under Accessories in your Programs menu.

System Restore is a feature of Windows XP that allows you to fully restore your computer to a previous known working state in the event of a problem. This is done without loss of personal files or data such as word processing documents, spreadsheets, music, images, etc. This feature is enabled by default and runs in the background making backups after certain events happen on your computer. System restore functions are only available to an administrator of the computer, therefore if you are not an administrator, you will not be able to follow this tutorial.

System Restore protects your computer by creating backups of vital system configurations and files. These backups are known as restore points. These restore points are created before certain events take place in order to give you a recourse in case something goes wrong during that event.

If you would like to learn more about this feature you can read this tutorial: Using System Restore in Windows XP

Windows File Protection protects certain files that are essential for the operating of your computer and Windows from being overwritten, deleted, or changed. WFP creates backups of these files that it deems are essential into a directory named %SYSTEMROOT%\system32\dllcache. When WFP notices one of these files being modified in any way, it will restore that file with a copy found in the dllcache folder.

Windows XP comes with many features that will allow you to backup settings on your computer in case of catastrophic failure as well as prevent files being modified by malicious programs. It is important to understand how to use these programs to the best of your ability in order to have a secure working environment.