Welcome to my must-have list of Android Apps! The list includes replacements for existing/included Android apps, social media apps, games, audio/video apps and a bunch of other helpful apps. 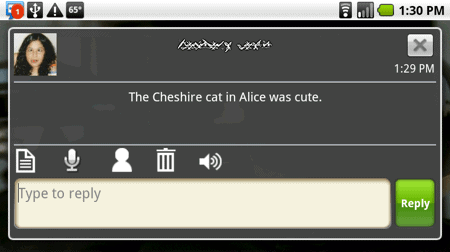 Dolphin Browser is a replacement for the default browser. It has some great features like easy to get to tabs, gestures, and, of course, pinch to zoom. I find the interface a bit clunky, but if you’re wanting more than the default browser, this is your best bet. 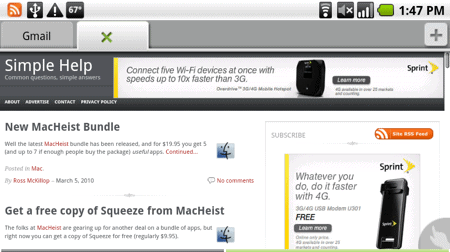 TuneWiki is an alternative to the default music app. It has some nice features, like automatically downloading album art, displaying lyrics along with the song, music videos, etc. I do not use it because I found it a bit buggy, and it downloaded the wrong album art and failed to find lyrics for some of my more obscure music. However, you should give it a try if you have been let down by the default app. 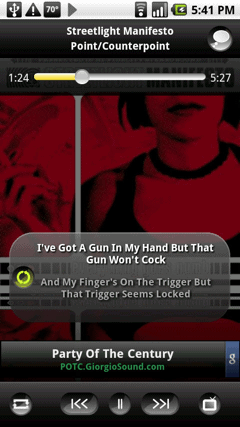 Handycalc is like your built in calculator on steroids. It does everything you could want it to. It can graph and it has a unit and currency converter built in. It also comes with a good tutorial to show you what all it can do. 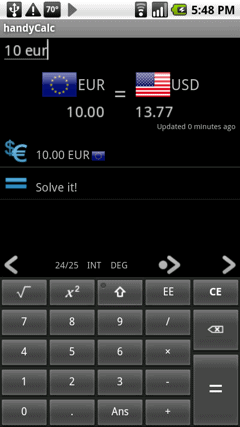 Advanced Task Killer allows you to end all the apps running in the background, which slow your phone down and drain the battery. There are plenty of other apps like this in the market, this is just what I like. If you’d like to try something else, try Advanced Task Manager. 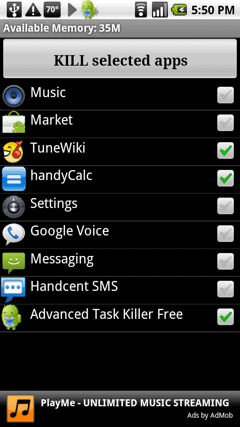 Audio Manager Widget doesn’t work too well as a widget for me, but I find the app very useful for quick access to manage all the audio levels of my phone. It recently updated with a much friendly interface, so if you had it before and uninstalled it, why not try it out again? 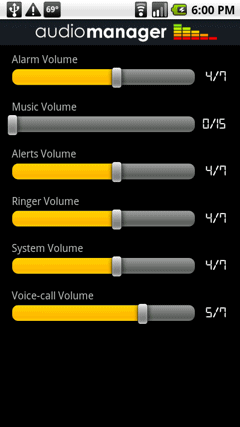 Mototorch LED is a Droid only app that lets you use the camera’s flash LEDs as a flashlight. It also has has a strobe setting and even an option to flash Morse code. The widget allows fast access to turn on the flashlight. If you don’t have a Droid, there are plenty of flashlight apps in the market. 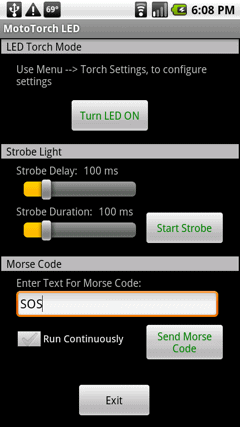 Astro is a file manager that will let you view and edit the files on your SD card. It does everything you could want it to do. Copy, paste, delete, move, create folders, open files, you can even install .apk files if you enable unknown application sources. 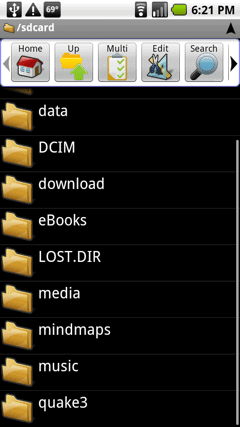 eBuddy is a great looking IM client that supports many different protocols. This includes Facebook, MSN, Yahoo, AIM, Talk, and possibly more. One thing that it does lack is Skype support. If this is something you need, check out Fring. 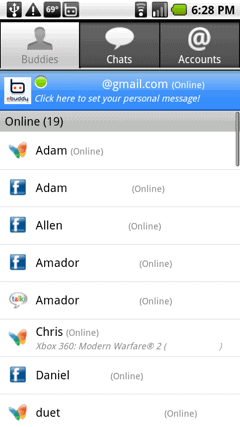 AnyPost is a ping.fm app for Android. If you don’t know what ping.fm is, it’s a site that allows you to update your status to multiple social networking sites at once. The app is simple and looks nice. It also allows you to add pictures or locations to your post. 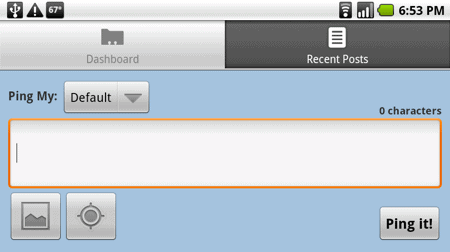 Wapedia is great for those who use Wikipedia frequently. Basically, it’s just a really fast way to access Wikipedia articles. It comes with a widget and it formats the pages to load fast and look great on your phone. I also like the option to switch it to a dark theme. I find that option great for looking up info about a movie while watching on in a dark room. 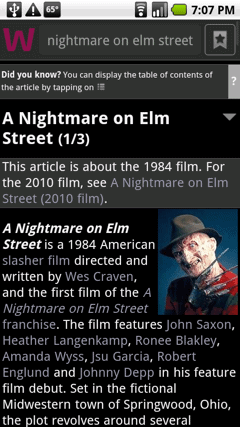 The official Last.fm app could probably also go into the internet/social networking list, but I thought I’d add it here since it is for music. If you don’t know what Last.fm is, it’s a website that keeps track of what you listen to and offers recommendations of music you might like. The app lets you access Last.fm’s online radio system and also scrobbles all the tracks you listen to with the default music app. If you want something just for streaming music, check out the Pandora app. 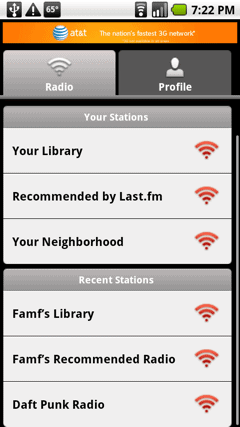 Aldiko is the perfect app for book lovers. You can download thousands of public domain books right from the app and you can import your own if need be. The only downside is that it only supports epub books. If you have a collection in some other format, Calibre is a great free ebook manager that can convert to epub. 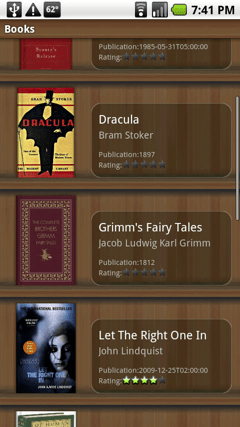 Movies by Flixster is my favorite app for finding out what movies are playing where. It is teamed up with Rotten Tomatoes for reviews and can sync of with your Facebook to let friends know what you think of a movie. One feature I really like is being able to favorite movie theaters so you can quickly look up what is playing at your favorite place. 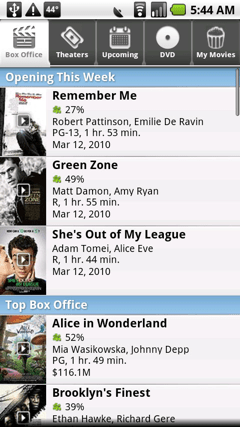 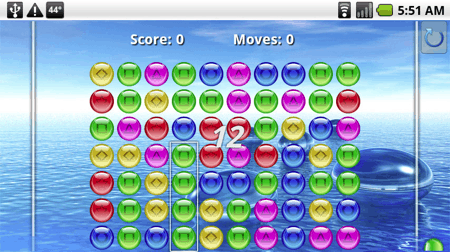 Bitblocks is the best Tetris-like app I have been able to find for free. It looks good and works well. What more can you ask for? 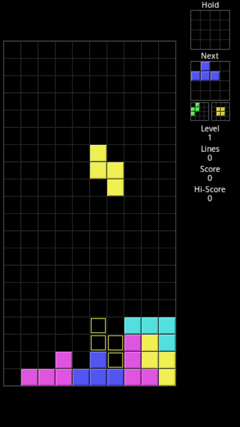 Cestos is what I would describe as a marble battling game. It’s a multiplayer game where you set your marbles against another player’s marbles. You try to destroy each other or knock each other off the stage. Everything about this game is great. You even level up and can customize your look. It’s made by Chicken Brick Studios, who I think make some of the best multiplayer games for Android phones. 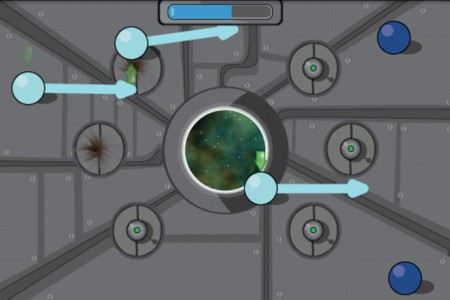 yongzh makes a great number of emulators for Android phones. All the ones I have used seem to work great. My only complaint is that the image looks stretched, but it’s not really that bad. All the emulators have tons of great options and even on screen keys. I’d like to beg for the ability to load roms from archives though. I need to save as much room on my phone as I can! 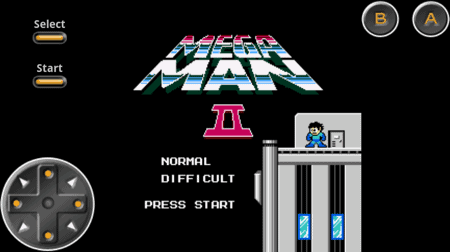 Robotic Guitarist is a great app for those who play the guitar. It’s a chord guide, emulator, tuner, metronome, and more. I mainly use it for the tuner, which works great. 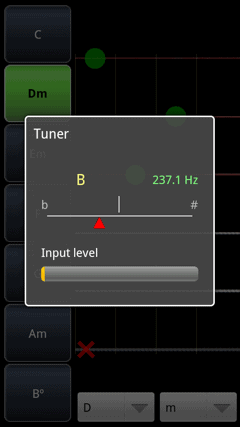 Shazam is an app that tries to identify a song for you. If you really haven’t heard about it by now, you just put your phone up to a song that it playing, tell it to listen, and it will try to identify the song. 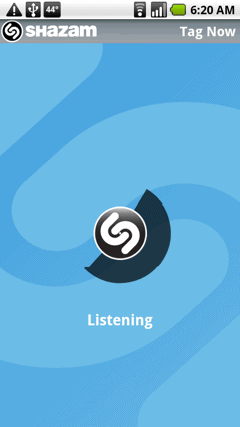 Torrent-fu allows you to remotely control your torrents from your phone. You need to be using either uTorrent or Transmission to set this up. Here’s the great getting started guide. 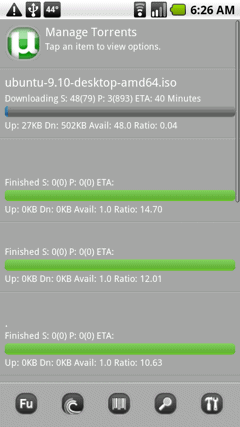