So you have some Blu-ray discs and want to back them up…it used to be rather tricky, but there is new software that will help you do the job. Here we’ll show you how to decode Blu-ray with DVDFab and convert the files with the new version of HandBrake.

1. As more and more computers come with Blu-ray players and new decoding and ripping software catches up to Sony’s proprietary coding, it’s becoming a lot easier to rip blu-ray discs. We previously showed you how to play Blu-ray discs on Windows 7 using commercial programs that sometimes come bundled with your Blu-ray drive. Let’s take a look at how to rip and convert those discs for multi-device playback. Pop the disc in your Blu-ray drive, and if your default Blu-ray playback software starts, just close out of it. 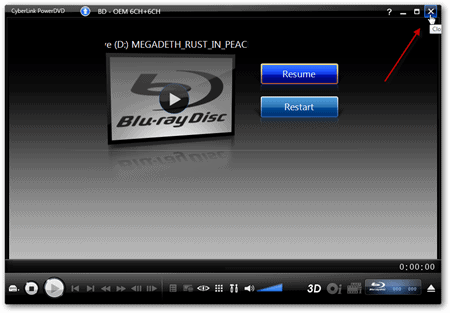 2. The first thing you’ll need is DVDFab to decode the Blu-ray disc. It’s not free, but they do offer a 30 day trial and usually have a constant sale on the software too. Start up DVDFab… we’re using version 8.0.6.1 and they are updating it all the time so make sure to check on that regularly. When you launch DVDFab it will read and analyze the disc.

3. Here we have a Megadeth live concert disc, under Blu-ray Copy decide if you want the Full Disc or Main Movie, then simply click Start. If you select Main Movie, that is what you will get, but Full Disc gives you the extra features. Also you want to select a Target location for the ripped files. 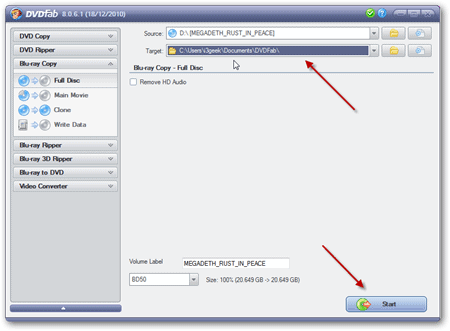 4. It will begin the decoding process and put the disc files on your hard drive in the selected output location. 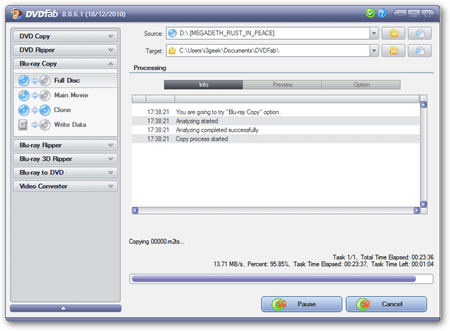 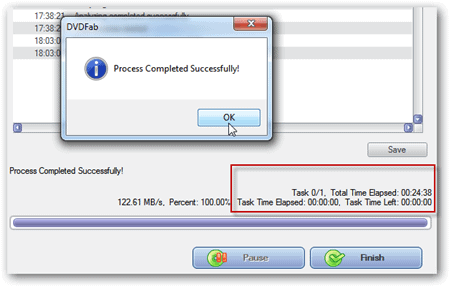 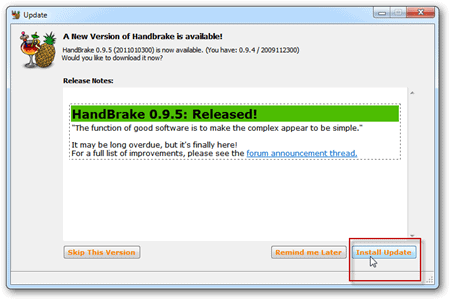 7. If you do have a previous version of HandBrake it will uninstall it before installing the new update.

8. Then navigate the install wizard accepting the defaults. 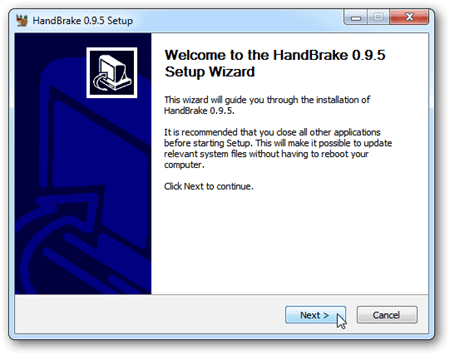 9. Before continuing with HandBrake, you’ll want to locate the ripped Blu-ray files. We ripped the files to C:\Users\user name\Documents\DVDFab. Open that folder and open the FullDisc folder. 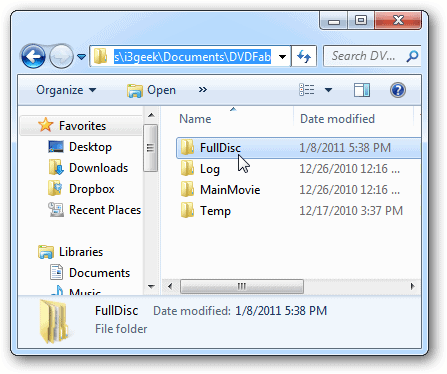 10. Then the folder with the name of the Blu-ray title. 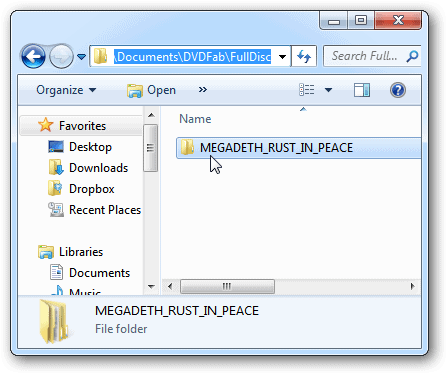 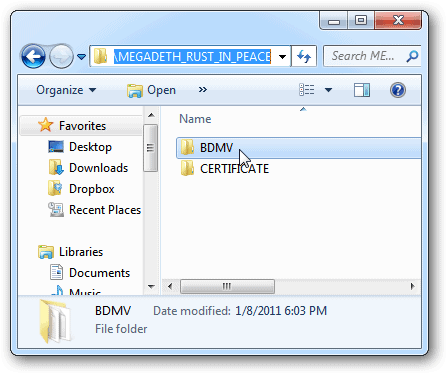 12. Then scroll down and open the STREAM folder. 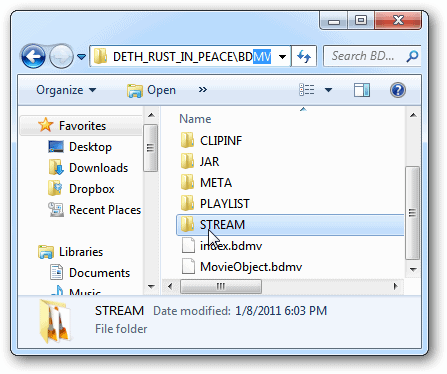 13. Now in the STREAM folder you’ll find all of the M2TS files from the disc. Search for the largest one…an easy way to do this is just click on Size in Explorer to bring the largest to the top. 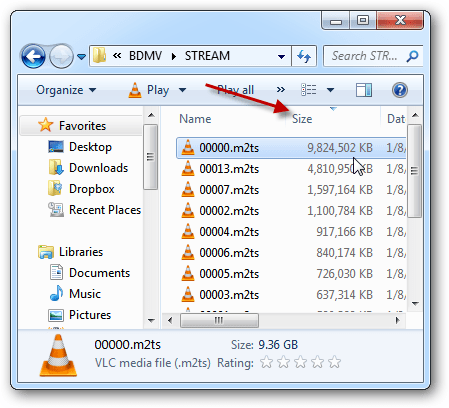 14. To make sure the file isn’t corrupted and actually works, you can use VLC to play it. 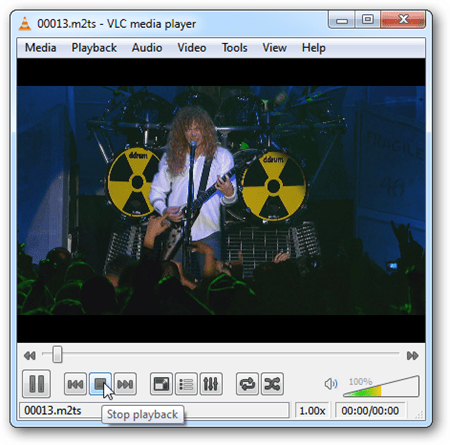 15. One thing to do before starting the encoding process in HandBrake is to go to Tools >> Options click the General tab under Output Files, and browse to a default output path. Here we just chose the local Videos folder. If you don’t do this ahead of time, you’re probably going to see an error telling you to do it anyway or you’ll have to set it manually…this way it’s just easier.

16. Ok, now that the Blu-ray disc is decoded and ripped to our hard drive, it’s time to use HandBrake to convert the files. Launch HandBrake 0.9.5 and click on Source at the top then Video File.

17. Now browse to the location of the largest M2TS file in the STREAM folder we looked at earlier and select it. 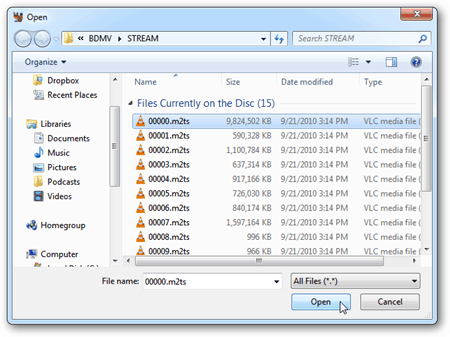 18. Now you can set the quality options how you want them. You can select settings from the presets to give you greater quality for a Hi-Res monitor or HDTV or lesser quality for say viewing on an iPod. 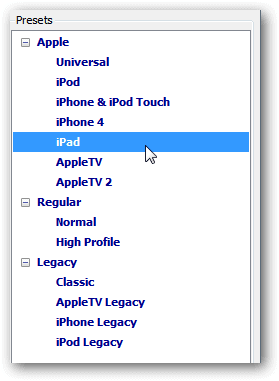 19. But since it’s Blu-ray and want the best quality, you can go in and manually select your settings. If you want more details on the vast amount of different setting options check out the HandBrake user guide. Here we selected to create an MKV file as they will compress the huge Blu-ray disc and still have great quality.

20. Also, since this is an audio based disc we want to customize the audio to a decent quality.

21. After you have the settings how you want them, click on Start to kick off the encoding process. 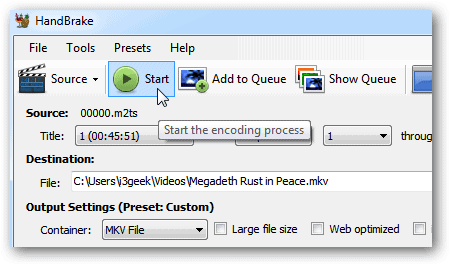 22. The amount of time it takes will vary depending on the settings you’ve chosen, your system hardware, and the length of the disc. Just keep in mind that it’s going to take a long time…from a few to several hours. You can see the progress at the bottom of HandBrake and in this example you see we have several hours to wait for the process to complete.

You might want to kick it off before you go to bed or head off to work for the day.

23. Another thing to keep in mind is the process is quite intensive on system resources, especially if you chose higher quality settings. Here in Task Manager you can get an idea of the amount of CPU and Memory the encoding is taking up on our Core i3 system with 6GB of RAM. 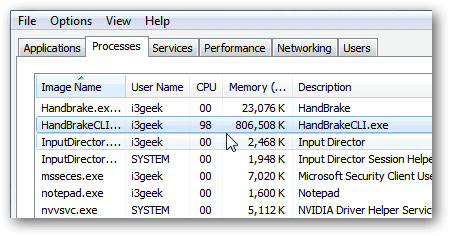 24. After several hours you’ll see the encoding process has completed.

25. Open up the directory you selected for the output file. There you’ll find the file you encoded with HandBrake and can now play it on VLC or your favorite media player that supports MKV or whatever file format you selected. 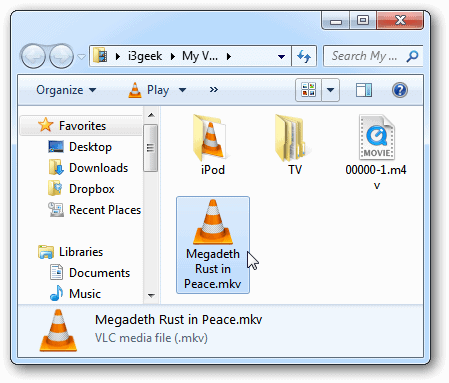 That is all there is to it! The most difficult part is configuring the output file settings, and taking the time for it to complete. Also, with DVDFab, sometimes newer discs aren’t able to be decoded. Again, they are always updating it though so that’s a good reason to make sure it’s always up to date. Also, DVDFab won’t delete the original encoded files, so you’ll need to go back and manually delete them as they take up a lot of space.

If you’re looking for a way to rip and convert your Blu-ray discs, with the new version of HandBrake it’s making it an easier and cheaper process. As we continue with our Blu-ray tutorial series, we’ll continue to look at several other options so make sure to check back to find the one that will work best for you.