Recently we’ve been covering how to use a Blu-ray disc in your PC. Here we’ll take a look at backing up large amounts of data to a single layer Blu-ray disc.

1. More and more you’ll see PCs coming with Blu-ray disc drives. The cool thing is it’s not just a technology for watching HD movies, but you can backup large amounts of data to them. A single Blu-ray disc holds 25 GB of data and a dual-layer will hold 50 GB.

Using an optical disc to backup your data may seem archaic, but because they can hold so much data, you might find it faster for getting data to friends or colleagues easily. Here we’ll take a look at how to burn a lot of data to Blu-ray in Windows 7. 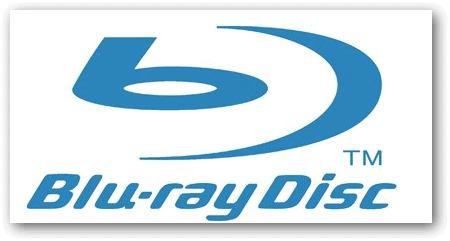 2. Organize all of the data you want to burn to Blu-ray and pop a blank BD into your drive. For this example we have a folder with some Linux and Windows ISO images in a folder which is 6.8 GB in size. 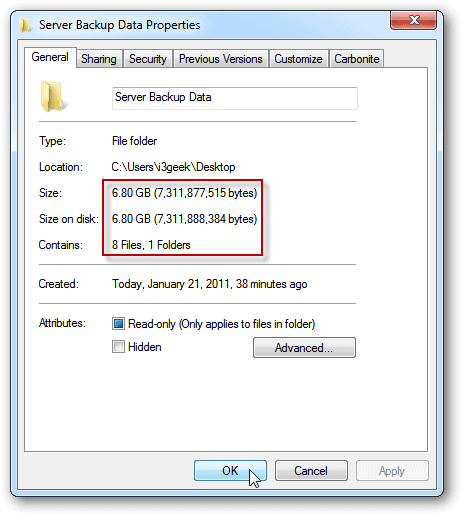 3. If you have AutoPlay enabled a window will pop up asking what you want to do. Click on Burn files to disc. Here you can see we also have ImgBurn installed, but you might not have that installed, so we’ll use Windows. 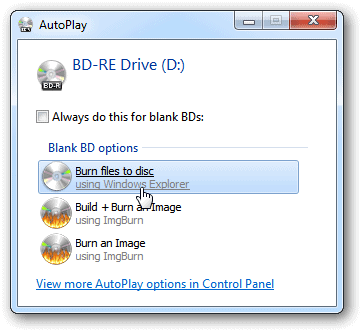 4. If AutoPlay doesn’t come up, you can simply open Computer and drag your file(s) to the BD drive. 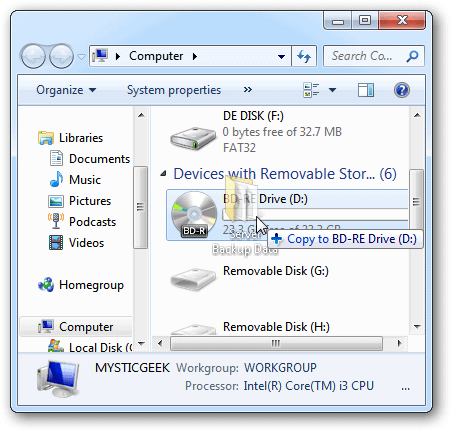 Alternately, you should be able to right-click the file and click Send To and select your Blu-ray drive from the Context Menu.

6. Give your disc a title and select to use it like a USB flash drive or with a CD/DVD player. For this example we’ve selected CD/DVD because the disc we’re using isn’t rewritable. 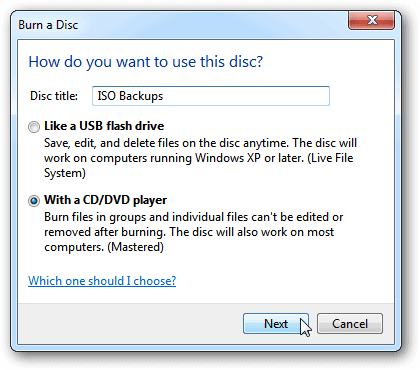 7. A balloon notification will pop up letting you know there are files waiting to be burned to disc. Just click on it to see the files and begin the burning process. 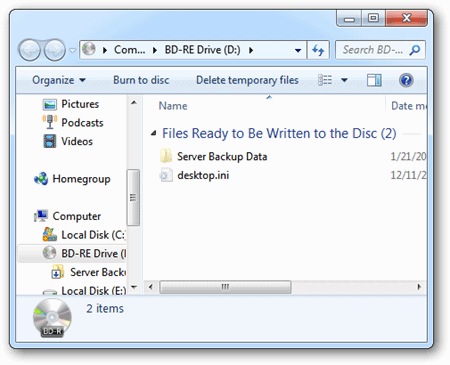 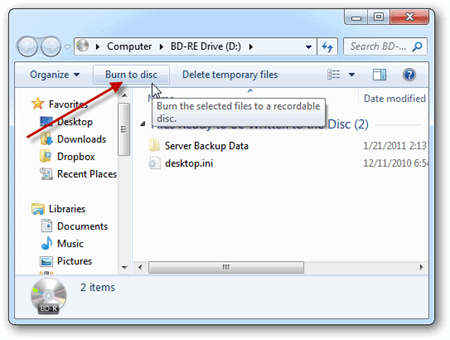 9. Here you can change the Disc title, select the Recording speed…generally slower speeds are better to ensure data integrity, but you can select a speed that your blank BD and drive will handle. 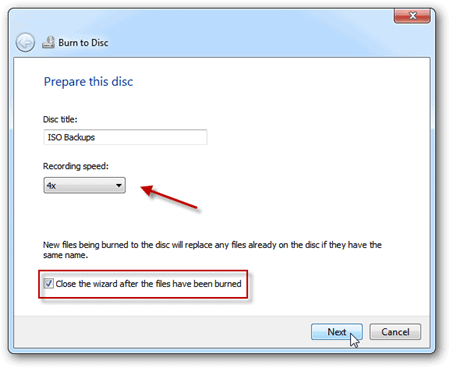 10. Now just wait for the burning process to complete. 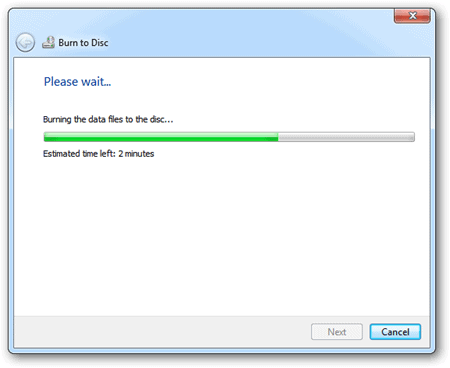 11. After the disc has finished burning, your tray will eject and you’ll have the files backed up and accessible by those with a Blu-ray drive. 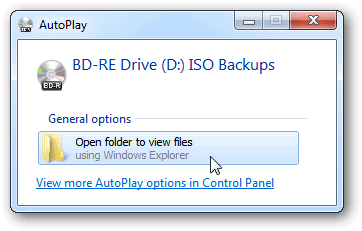 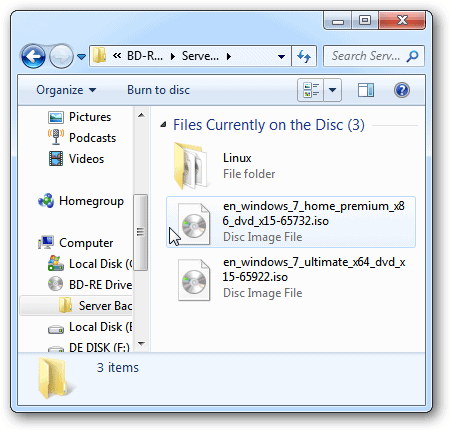 If you have a lot of data that won’t fit on a standard DVD, will take to long to transfer over a network, or you don’t have a flash or external drive with enough space, a Blu-ray will do the job.