Windows and iOS have pros and cons. Microsoft’s OS supports a greater choice of apps and hardware. Apple’s hardware isn’t as flexible or cheap as Windows, but it’s more sophisticated and user-friendly. Your personal requirements should be the deciding factor. 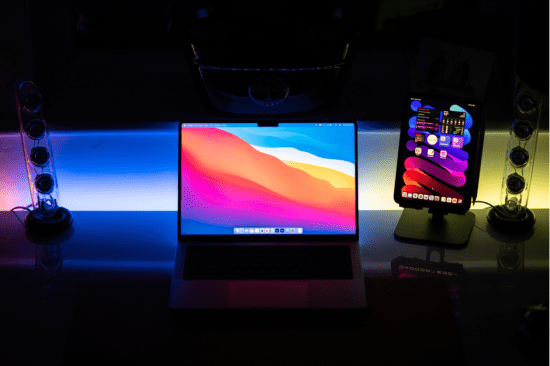 The field of education is one of the many that first resisted technological advancements but eventually adapted. There was initial skepticism regarding the efficacy of using technology in the classroom and at home. The worries were evident and warranted. Did schools really need to implement technology like iPads and Windows tablets when students’ attention spans are falling and their screen time is increasing?

Nonetheless, the response is unequivocally positive. Time-honored practices of teaching, learning, and engaging students have long been the backbone of the educational system. When computers first made their way into classrooms, they were used primarily for learning about computers; using computers to improve instruction was never a top concern. However, technology has rushed through the classroom like a tornado, and its effects cannot be reversed. Research and writing are integral parts of a student’s academic career. It consumes virtually all of their time, therefore the option to essay order online at Studymoose is appealing and perhaps life-changing. More and more schools these days are incorporating technological tools like laptops, PCs, and e-learning apps into the classroom experience.

The tablet computer is one of the most adaptable, portable, and student-friendly electronic gadgets now available. Tablets, especially when preloaded with educational apps and material, might be useful in the classroom. However, there is a wide selection of tablets accessible, which may leave instructors and decision-makers at educational institutions feeling overwhelmed.

Here, we’ll look at some of the ways in which a Windows tablet running Windows differs from the ubiquitous iPad using iOS in the classroom.

It’s hard to find anything that looks as modern as Apple’s offerings. Apple’s products have become iconic for their sleek, understated aesthetic and muted color palette. Tablets for the classroom should be functional first and foremost, but the design should not be overlooked. Schools can select the iPad model with the screen size that works best for their needs. The visual features of the iPad are essential for kids’ learning. The screens’ increased brightness settings and wide reflection of colors only add to this.

Apple’s user interface is super easy and uncluttered. These two qualities are crucial for capturing students’ attention and keeping it. Due to the widespread adoption of Apple products in contemporary families, it is likely that pupils already possess some working knowledge of their operation. This can help children learn the device’s controls more quickly. They can establish a sense of familiarity. It will make learning the device’s controls more exciting. The iPad OS is superior to Windows-based tablets in the classroom because it was designed with mobile devices in mind.

There are almost 2 million apps available in the App Store, with over 200,000 designated as “educational.” Additional design, drawing, writing, video, and audio creation and editing apps are available for iPads and can be used to great success in educational settings.

Teachers’ iPhones and MacBooks may be easily synced with iPads for instantaneous file sharing. In the classroom, this allows iPads to be “mirrored” onto Apple TV screens, allowing for the easy display and discussion of information and assignments. This is accomplished in a room full of energetic children without the need for cumbersome equipment or a tangle of wires.

iPads don’t come cheap. No one can deny that. While it’s true that iPads have many useful features and capabilities, not all educational institutions can afford to buy and upgrade their devices.

You’ll need an iOS MDM in order to manage iPads from a central location. Apple School Manager can be used to configure apps (through VPP) and other basic settings on iPads acquired via authorized carriers, resellers, or Apple directly, but only mobile device management (MDM) can manage iPads end-to-end for security.

iPads are light and thin, so students can easily transport them from one classroom to another, or even use them as a personal reference while sitting in another. The lightweight (under 500 grams) of the iPad makes it a great tool for interactive education for children of all ages.

As advertised, the iPad can be used continuously for 10 hours before needing a recharge. iPads have longer battery lives than most modern devices, and many can last through a full school day without needing to be charged.

Windows for Education: Pros and Cons

Dominance in the World’s Education Industry

Google has a commanding lead in the worldwide education industry. Despite Apple and Microsoft’s best efforts, Microsoft eventually becomes the dominant player. As of 2018, Microsoft held about 22% of the U.S. educational market, while Apple held 18%.

Windows tablets are preferable to iPads since they are less expensive. Tablets running Windows are very reasonably priced, making them an excellent option for institutional rollouts.

These days, Windows laptops are the standard in schools, and they’re almost certainly being used for educational purposes. Therefore, it is cheap to connect Windows tablets to the current network. Microsoft’s Education Team is a wonderful option since they help schools build a solid hardware and software foundation.

Windows tablets, in contrast to iPads, may be handled through System Center or other standard network management tools.
Attachment Hub for Display Docking

Several original equipment manufacturers (OEMs) that make Windows tablets also provide docking stations that let you hook up your tablet to a wired network and a display. A complete PC replacement, the tablet can be used in conjunction with a wireless mouse and keyboard to provide the entire PC experience.

The world’s tech giants have tried and tried again to make a product that can compete with Microsoft Office, but the verdict has always been the same: there’s more to be achieved. Students using Windows tablets can take advantage of Microsoft Office’s robust features, such as Microsoft Word and Microsoft PowerPoint, to create their own documents and presentations to aid in their studies. These apps can also be used by educators to encourage student engagement and enhance classroom management.

Here is where iPads and Windows-based tablets might have a genuine head-to-head rivalry. Windows has a battery life of about 10 hours, which is comparable to that of the iPad. So considering for use in classrooms, both Windows tablets and iPads are at par.

Windows devices are more affordable than iPads, although this may not be true for high-end devices like Microsoft Surface. The initial investment for a Windows tablet is less than it would be for a comparable desktop PC with a keyboard and mouse.

Professional film and audio editors love Apple devices because of the widespread use of editing software like Final Cut Pro. Apple’s platform security is nearly unmatched, and the seamless integration of its products and services is the envy of competing tech companies. With its straightforward design, it’s also the OS that’s best for people who are just getting started with computers.

In light of the overwhelming backing Windows receives from both game developers and publishers, there is no viable alternative if you place a premium on high-end gaming. Although Windows can be frustratingly unintuitive and is targeted by the vast majority of malware attacks, its widespread use and low-cost hardware alternatives make it a good choice for the vast majority of computer users. Windows has a fair mix between simplicity and complexity, however, it may not be as user-friendly as iOS.

We’ll avoid picking a clear victor to avoid disappointing you, our loyal reader. There are benefits and drawbacks to using either Windows or iOS. Microsoft’s OS is more flexible in terms of software and hardware configuration, and it supports a wider range of hardware. Even if Apple’s hardware isn’t as versatile or inexpensive as Windows, it does provide a more refined and user-friendly experience. Ultimately, your computing needs are the deciding factor.

Home » Mobile Phones » iPhone » Windows or iOS, Which is Better for Learning