Office Mobile 6.1 has been released for Windows Mobile 5.0 Pocket PC and Windows Mobile 6 devices. The upgrade is a free download and will allow you to open and edit Office 2007 documents from Word (.docx), Excel (.xlsx) and Powerpoint 2007 (pptx). 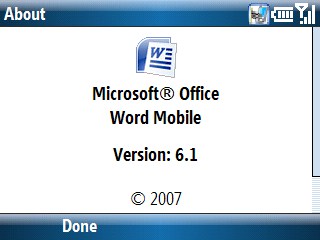 This tutorial will guide you through the steps required to convert a DVD to a file format that’s playable on your iPod Touch or iPhone. 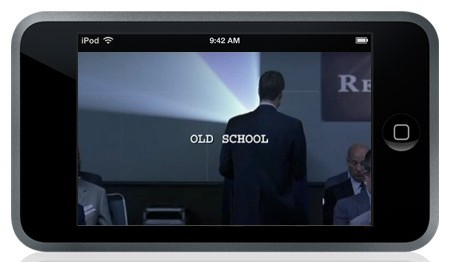 This article will take you through the steps to set up and sync your Windows Mobile device with a PC running Windows Vista. …

Handango is giving away one (1) high quality, fully-functioning mobile software application for FREE on Fridays. The free app is available from 12 a.m. to 12 p.m. CST on Friday only. Just visit www.handango.com/FreeAppFriday for details. You do have to complete a short survey, but it’s not too painful. Handango will then send you an email with a link so you can download your free app.

The first “free app” is mundu IM for Smartphone, which lets you use MSN, Yahoo!, ICQ, AOL, Jabber, and Google Talk all in the same window (like Adium for OS X or Trillian for Windows).

Thanks very much to Simplehelp reader Albert Karp for letting me know that Rogers has recently (last week?) provided a free upgrade from Windows Mobile 5 to Windows Mobile 6 via www.rogers.com/s621upgrade. The upgrade is only for the HTC S621. It would have been nice to hear about this from Rogers – there was certainly no mention of it in my last bill.

Upgrade instructions are provided along with all of the required files. I’ll let you know how my update goes after I’m done charging the phone.

This brief tutorial will guide you through adding your Alarm info directly on to your Windows Mobile home screen. 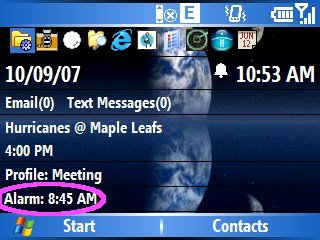 This tutorial will guide you in “app unlocking” your HTC S621. I was hoping to create something like ‘how to app unlock a windows mobile smartphone’, but after spending hours and hours trying to unlock my phone, I’ve discovered there are possibly hundreds of different ways – no two are the same, and not all will work for all phones. I can only confirm that the following method works for Rogers (a Canadian mobile provider) customers using the HTC S621. It may work for other Smartphones as well.

App unlocking will allow you to install “unsigned” 3rd party software. If you’ve ever received the error “Installation was unsuccessful. The program or setting cannot be installed because it is not digitally signed with a trusted certificate”, this tutorial is for you. 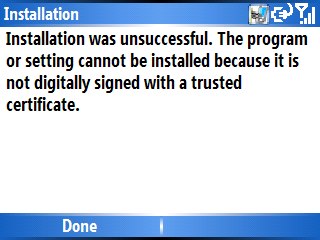 If you live in Canada, you know how outrageous even the ‘lowest’ mobile monthly plans cost. One way to get around the price gouging is to get a Wi-Fi enabled Skype supported phone, and make calls with Skype

This tutorial will guide you through installing, setting up and using ShoZu, one of the Flickr recommended 3rd party mobile tools. The steps and screenshots are specific to Windows Mobile 5.x, but should be somewhat similar for other mobile phones. …

This overview will explain your options when it comes to using Google services such as Gmail, Google Calendar, Google Reader, Google Search, Google Maps and even YouTube – with your Windows Mobile device. Though the screenshots are specific to Windows Mobile 5.0 on a Smartphone, they will be similar for Pocket PC and Windows Mobile 6.0 devices as well.

It’s also worth noting that all of the services were downloaded and/or accessed without using ActiveSync once – so Mac/Linux users who own Windows Mobile devices aren’t left out. 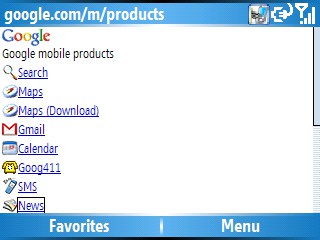 If you find yourself unable to view a web page in Internet Explorer Mobile (aka IE Mobile, formerly Pocket Internet Explorer), and you’re confident it should display properly, try clearing the cache and cookies. To do so, follow the steps outlined below. 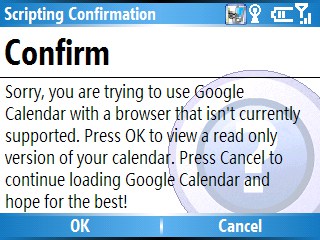 How to clear the Internet Explorer Mobile cache and cookiesRead More »

Living in Canada, I didn’t get into the iPhone hype as much as my US buddies (iPhones aren’t sold here, yet, and there’s no set-in-stone date as to when they will be). As an avid OS X/Apple (and Linux) user, I actually had to put quite a bit of thought into my latest purchase. It came down to two choices – a BlackBerry or the HTC S621 (“Excalibur”). Well, I’m not sure what BlackBerry plans are like in the US, but I would have ended out with a huge, huge monthly bill if I had gone the BB route. So, I’m now the proud(ish) new owner of the HTC S621.

So now you’re wondering – why is an OS X/Linux person buying a Microsoft Windows phone? One simple answer: 802.11b/g. This is the only Wi-Fi phone sold by the two major west-coast wireless providers (though I guess technically there’s really only one – since Rogers bought Fido). So in the coming days and weeks you can expect a fairly large number of Windows Mobile related tutorials, downloads etc. Including “how to sync your Windows Mobile phone with OS X applications” and “a step by step guide on using Skype with your 802.11b/g enabled phone”. Since those are two of the first things I’ll be doing with this thing.

ps. even though I’ve read that a headset is required in order to use Skype (with this phone), you will never, ever, see me walking down the street with a bluetooth headset stuck in my ear. If you do, you have my permission to punch me right then and there.

This guide will explain step by step how to clear the browser history (the list of sites you’ve visited) in most modern web browsers, and many old (legacy) browsers as well. …