Perhaps you work in a call center and you’re deathly tired of taking calls. Or maybe you’re thinking about switching careers but don’t want to go back to school. In the following article I’ll share some of my background, how I’ve earned call center promotions, and some what I’ve observed over the last 10 years in various customer service/support positions. 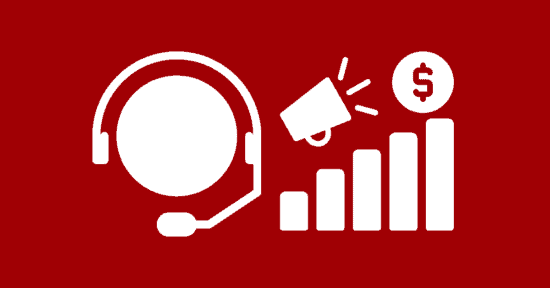 Note: this article has been updated in 2020 to be current.

You’ve read it before, you’ll read it again – tech support is the burger flipping equivalent of the IT world. It usually pays $14-$17 an hour, which is certainly decent, but nothing to write home about. You have to politely explain the same things over and over again to customers, who you will almost certainly grow to despise. You’ll have supervisors who aren’t fit to work with goats, let alone humans. But it can also be a great place to jump-start your career. Here’s why – most tech support jobs don’t require a vast knowledge of “everything”, or super in-depth of a particular subject. Nor do they require a computer science degree. If you’re at all computer literate and can bluff your way through an interview, you’ll probably get the job. One of my peers at an old dial-up ISP had literally never been on the Internet before being hired to do Internet technical support. To be fair, this was 20 years ago – but the basic premise mostly holds true today. A high school diploma (or equivalent) is more than enough education to get your foot in the door. I was hired to work at IBM even though I’m a high-school drop-out. The “full time job” I quit to do this paid me more than $90k/year (15 years ago), and I still haven’t graduated from high-school.

Many of the following tips are nothing more than common sense. Not all will apply to every call center or tech support position.

8 Tips to Get a Call Center Promotion

I hope this helped with your goal of a call center promotion. If you’ve worked in a call center and managed to work your way up, by all means please feel free to share your tips in the comments below.

Home » Other » How to Get a Call Center Promotion (Tech Support)