Sunbird, the open source calendar application from Mozilla, is approaching version 0.8 (the current stable release is 0.7). If you’d rather not upgrade to a beta version, but are curious to see the changes, here’s some info on the new release, and a few screenshots.

From the Sunbird 0.8 Release Notes –

The following features have been added to Sunbird 0.8: 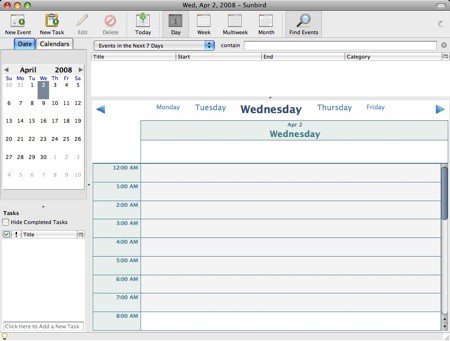 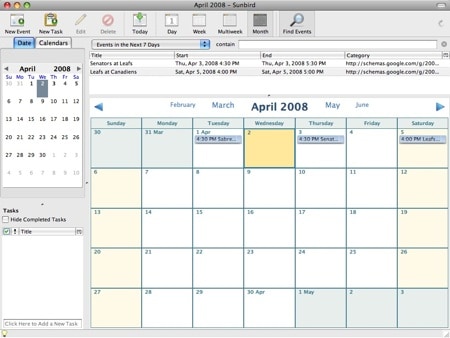 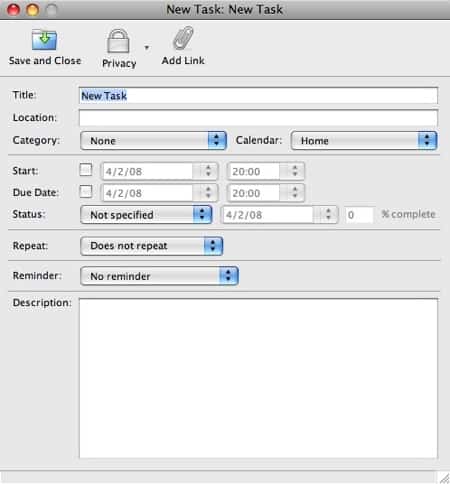 Adding a New Task(click to enlarge) 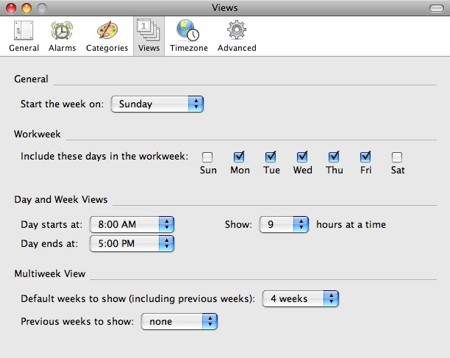 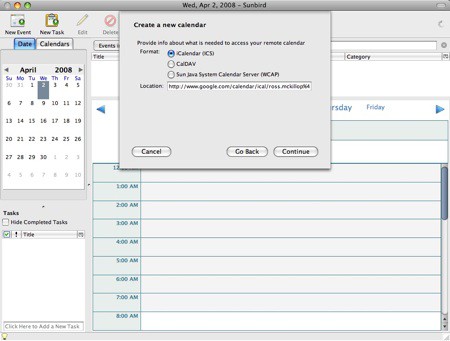