If you’re a fan of Firefox and want to keep up with the latest versions, check out the new Firefox 5 beta. Here we’ll take a look at installing it and some of the changes that have been made.

For this tutorial we’re testing it out on Windows 7. It’s also available for Linux and Mac. 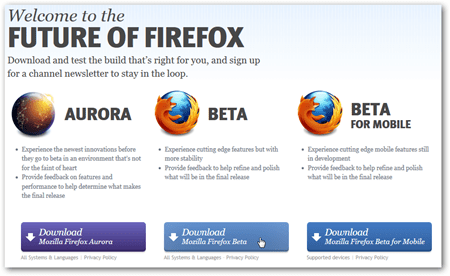 2. Installation of Firefox 5 beta will be familiar if you’ve been a long time user.

Note: Installing the Firefox 5 beta will overwrite your existing version. You won’t lose bookmarks or browsing history, but certain add-ons wont work. Which it typical with a lot of new releases. 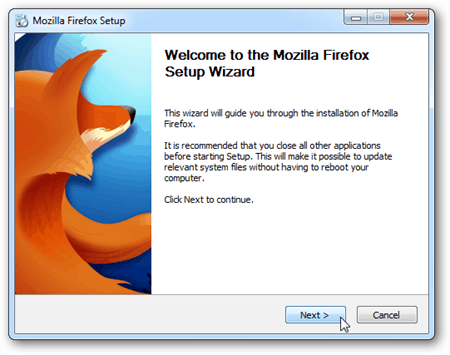 3. Before starting the install, make sure you’re closed out of your current version of Firefox first.

4. When you’re done working through the install wizard, click on the Upgrade button. Again, remember it may not work with the add-ons you currently have installed. 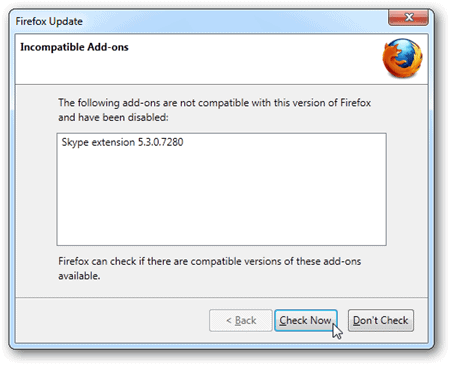 5. After the upgrade is complete, launch Firefox 5 beta and you’ll notice that the UI is familiar if you’re currently using Firefox 4. It isn’t a major UI change like going from Firefox 3 to 4 was. 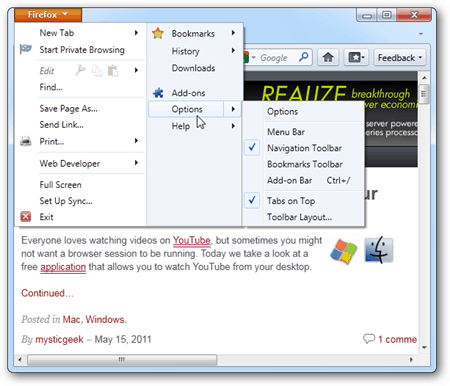 6. One change you should be aware of is that the options to disable online tracking has been moved. For Firefox 4 it’s in Options >> Advanced >> General and under Browsing you check Tell web sites I do not want to be tracked. 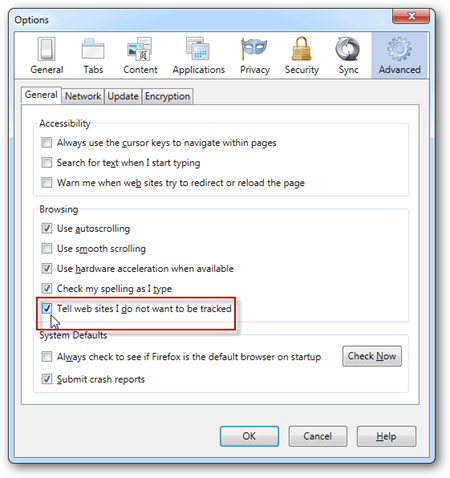 7. Now in Firefox 5 beta it’s located in Options >> Privacy. This is nice because you don’t have to dig so deep into options to disable tracking. 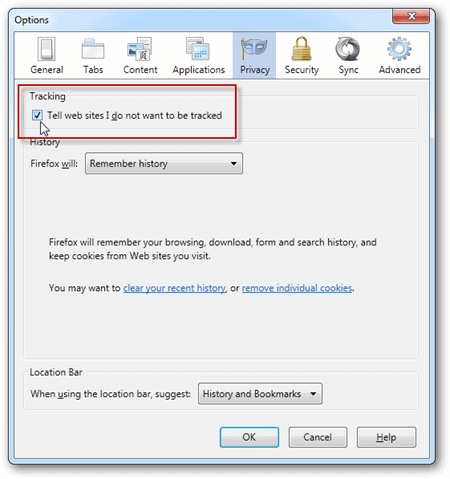 8. When we were testing the beta, a screen popped up from the Feedback button asking if we wanted to take a survey. You don’t have to take it, but if you’re a fan of Firefox, you might want to help out the developer team by doing it.

9. Just click on the balloon message to take the Background Survey. 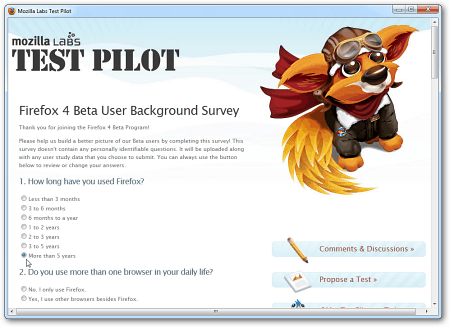 10. Speaking of the Feedback button, you can click on it any time during your browsing and send feedback if Firefox mad you happy or sad. 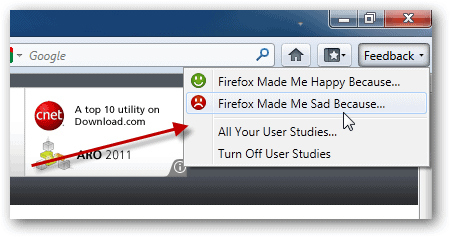 11. If you choose happy or sad, it will open up the Firefox page where you can submit specific feedback, and include the website you were on at the time when you decided to leave feedback. 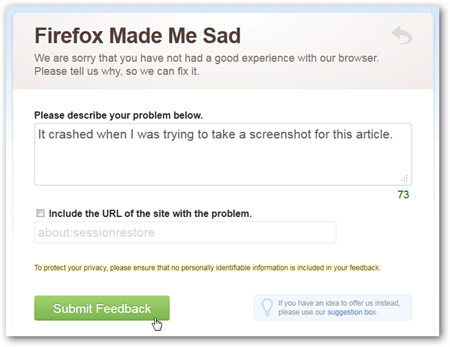 12. If you want to keep up on the newest innovations before they go to public beta, you should also download Aurora. This will give you access to the latest builds to test and leave feedback as well. 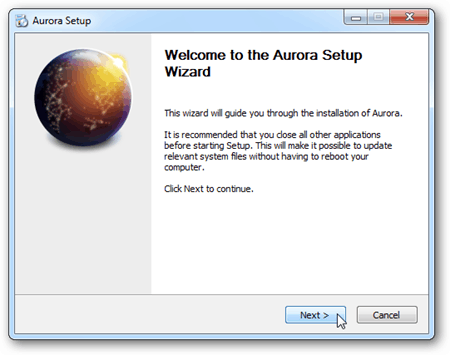 13. With both installed, in Aurora you can go into Options >> Help >> About Aurora and change use the channel switcher to change between, Final, Beta, and Aurora releases. This comes in very handy for those of you who love to test out the “latest and greatest” from Mozilla and enjoy testing. 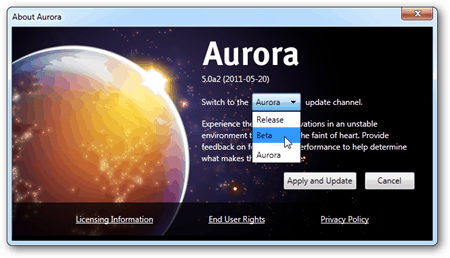 Hardcore Firefox enthusiasts should check out the complete list of Bug Fixes in Firefox 4 beta.

If you are fanatic about the latest releases of Firefox, you might want to check out the latest beta and include Aurora as an option as well. Have fun!

2 thoughts on “Firefox 5 Beta is Now Available for Download”