This tutorial was created in response to several emails I’ve received on the subject. It’s another one of those “obvious, but easily overlooked” topics. 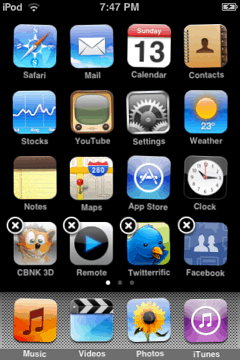 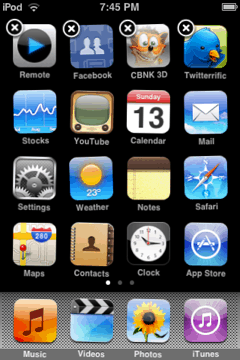 I’m not much of a video game reviewer, so I’ll keep it brief and just include a bunch of screenshots. It’s fun. Getting used to the controls takes some time, and Mario Kart for Wii it is not. But it’s fun. And for $10, the price is certainly right. More screenshots after the jump. 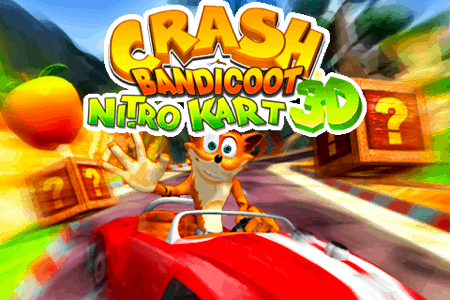 How to delete apps from your iPod Touch, iPhone or iPadRead More »

One of the great new features of the 2.0 iPhone/iPod Touch software is the App Store. One of the great (free) things in the App Store, is Remote. This tutorial will guide you through downloading, installing, setting up and using Remote to control iTunes from your iPhone and/or iPod Touch. …

How to control iTunes with your iPhone or iPod TouchRead More »

At first it was called vlc4iphone, now it’s called ZodPlay, and at some point in the not too distant future it will once again be called vlc4phone (naming history details can be found here). Regardless of its name, it can play .ogg and .flac files – something which a number of us have been hoping against hope would happen some day. …

How to play .flac and .ogg files on your iPhone or iPod TouchRead More »

Update: this is actually a rather ‘large’ update – may more decoders are now supported, including XviD, h264, MPEG4, FLAC, 3GP, MP3, MPEG2, AVI, and more! In addition, volume control was added, and the warning when no media is found was fixed. Updated screenshots soon.

Thanks to the geniuses over at zodttd.com, the VLC media player will be coming to your jailbroken iPhone or iPod Touch in the near future. Keep reading for more info and some preview screenshots.

vlc4iphone is in beta, which means the usual caveats apply (limited functionality and not above crashing). Currently, it plays mpeg/mpg, avi and mp3 files. And by avi they do not mean divx or xvid, though both are being researched as an added format (along with flac, ogg, vcd, wma and wmv).

Right now, vlc4iphone is only available to ZodTTD.com Beta Testers, though as more decoders get implemented and some bugs fixed up, a public release will be made.

This tutorial will guide you through the steps required to access your jailbroken iPhone or iPod Touch through the Finder, via Wi-Fi. 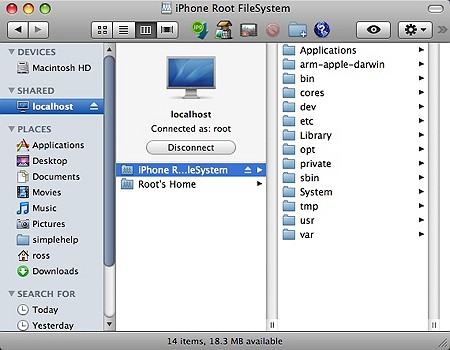 This tutorial will guide you through setting up and using WWWinamp, a Windows web server-like application that allows remote control of Winamp via any web browser. If you run a media server in your house and want to be able to control what’s playing in Winamp without having to go to that server, this is the program for you. …

How to control Winamp from your iPhone, iPod Touch or web browserRead More »

Using the absolutely fantastic WordPress plugin WPtouch, your site will not only look great for visitors using an iPhone or iPod Touch, but it will be significantly easier to navigate. Keep reading for a review and screenshots. …

Below you’ll find 150 of the best SummerBoard themes for the iPhone and/or iPod Touch. …

SummerBoard is an extension to the iPhone and/or iPod Touch SpringBoard user experience. SummerBoard adds a variety of useful and fun features to your iPhone/iPod Touch, including scrolling icons, wallpaper and themes. …

How to customize your iPhone or iPod Touch with SummerBoardRead More »

Update: as reader Philip points out, this actually works in all iPhone/iPod Touch apps (other than some 3rd party programs like Term-vt100).

This tutorial will walk you through the steps required to convert pretty much any video file to a format that your iPhone and iPod Touch can play. And the software used to accomplish this is free. …

I suppose this goes without saying, but just in case – make sure you have a jailbroken iPhone or iPod Touch. Without it, you won’t have Installer.app on your device. To add additional sources to Installer – which will give you a wider variety of software to install, follow the instructions outlined below. …

One of the things I adore about Apple products are how intuitive they are. Most of the time. Once in a while I run into a bit of an exception, and this is one of them. This brief tutorial will show you how to customize the icons/buttons that are displayed while listening to music on your iPhone or iPod Touch.